“Are your screens LED or LCD screens?” We often get calls from potential clients asking the above question or something similar when they are starting their first Digital Signage project. The answer is an LED (Light Emmitting Diode) display is the same thing as an LCD (Liquid Crystal Display) display, it’s the backlight technology that is different. Realistically, modern displays should be called LED backlit LCD displays but that doesn’t work too well in the tech marketing world, but it is a great tongue twister – try saying it quickly, 10 times.
So, why the confusion? Basically a lack of education and (in my view) some fantastic marketing by Samsung a few years back.
Well, Samsung didn’t invent LED TV’s but their marketing department certainly spun the term and it stuck. In or around summer 2009 Samsung launched an LED backlit TV and the television adverts were fantastic, promising everything from great picture quality, blacker blacks, vibrant colours through to making toast for you in the morning (joking about that bit). Anyway, the UK Advertising Standards Agency, said the adverts were misleading and banned them from being shown. The damage had been done and the term LED TV stuck, great for Samsung, terrible for us.
Both types of displays make use of an LCD panel to control where light is displayed on the screen. LCD panels are typically made up of two sheets of polarising material with a liquid crystal solution in between them so when an electric current is passed through the liquid, the crystals line up so that light can, or can’t, get through. The crystals act as a shutter to allow (or not) light to pass through.
“So if both LED displays and LCD displays use the same technology to produce the actual image, what’s the real difference?”
In short: The technology used to light up the LCD panel is either CCFL, Edge lit LED or Direct lit LED.
“CCFL, Edge-lit LED & Direct-Lit LED technology, what’s all that about?”
It’s the lighting technology that is used to illuminate the Liquid Crystals; 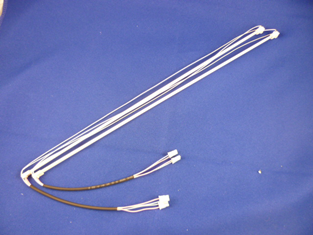 CCFL: In the ‘olden days’ ie. even less than 5 years ago, most LCD panels were lit using CCFLs (Cold Cathode Fluorescent Lamps), think of the old fashioned tube lights in offices and kitchens in the 70’s & 80’s but smaller. This method of backlighting a screen was cheap but the depth of a CCFL meant displays were thicker than modern products. New CCFL backlit displays are pretty difficult to get hold of nowadays, because they’re inefficient and the price of LED arrays has dropped significantly. 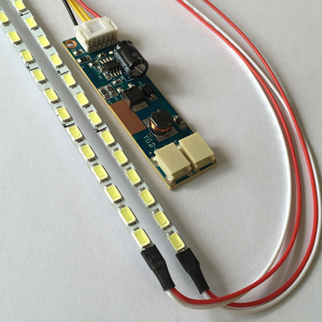 Edge Lit LED: This is, as the name implies, a strip of LEDs along the edges of a screen, this method of backlighting can come in a number of configurations. LEDs can be placed at the top & bottom; left & right or along all four edges. Each of the different placement configurations product different light levels and uniformity which goes on to affect the picture quality. Edge lit LED illumination is still better than CCFL, but not as good as Direct LED. The displays are much thinner than CCFL and are more cost effective. Ideal for laptops, making them thinner and lighter. 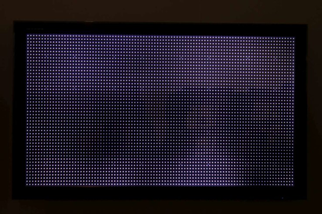 Direct Backlit / Full Array LED: basically, a grid of LEDs that span the whole of the rear of the LCD panel. Zones of LEDs can be dimmed locally where required resulting in better colour / contrast. This method also means there is more control and precision in the illumination of the panel, resulting in amazing picture quality. They use less power, are lighter, thinner and are becoming the standard in the commercial display arena.

In short: when asking for an LED Display (LED TV), you’re actually asking for an LCD display with LED backlight. What should be asked is, “is the display Edge Lit LED or is it Back Lit LED” since CCFL is extinct. Follow that question with, “is it a commercial display with 24/7 rated use and a 3 year warranty?” and “How long have you been providing these solutions & can we speak with your existing customers?” And you won’t go too far wrong.
Call us to see how we can help you bring your project to life: 01484 588895.